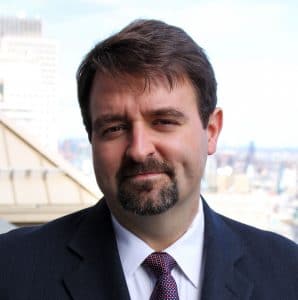 See John’s articles on Above the Law

Brooklyn native John Balestriere is an entrepreneurial lawyer who has decades of experience trying cases, conducting investigations, and arguing appeals. He works in joint venture with the firm’s clients to achieve the best possible result as quickly and as efficiently as possible with an emphasis on being compensated for results and not effort.

Mr. Balestriere represents companies and individual clients in all kinds of complex and high value business disputes, and in high risk and high profile and sensitive individual matters. He routinely litigates multi-jurisdictional and international disputes (with both American and foreign clients), and frequently tries cases to juries, judges, and arbitrators on behalf of both plaintiffs and defendants from around the world.

Along with Balestriere Fariello colleagues, Mr. Balestriere’s focus is not before one court or one arbitral body, and he instead regularly appears as lead counsel in international and domestic arbitration, in federal courts around the United States, and in state courts throughout the country, including Manhattan’s business-focused Commercial Division.

Mr. Balestriere focuses on business disputes, but continues to develop his skills with a diverse practice, also representing clients in false claims and class action matters, directing internal investigations into alleged misconduct within companies, advising clients on reducing litigation risk in their transactions, and representing clients in dealings with the government, including in criminal and regulatory matters.

Before focusing on business disputes, Mr. Balestriere served for years in law enforcement in both the New York State Attorney General’s Office and the Manhattan District Attorney’s Office, where he investigated and prosecuted domestic and international organized crime, white collar crime, sex crimes, and street crime.

Mr. Balestriere has been quoted in numerous media outlets in the United States and abroad, trains lawyers in litigation through different bar associations (in particular on picking juries, trying cases, and conducting arbitrations), publishes articles in multiple media, and has lectured at Columbia, Fordham, New York University, and Yale. He is a graduate of Monsignor Farrell High School, Columbia College, and the Yale Law School.